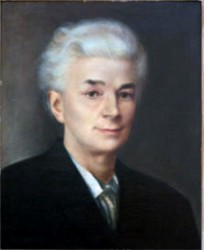 The Cecilia Zino Foundation, constituted in May of 1961, is a legal person under private law*, with its own legal personality and non-profit.

The public utility of Cecilia Zino Foundation was recognized in national territory by a declaration published by Ministerial Order of May 21, 1961, published in Diário de Governo no. 128, III series of May 30, 1961.

The Foundation was established to fulfil the desire expressed by Dona Cecilia Rose Zino to create a Paediatric Hospital dedicated to the poor children from Madeira Island.

Until the opening of Funchal Central Hospital (Dr. Nélio Mendonça Hospital) in 1973, this was the only specialized hospital in Madeira Island. It played a very important role in the treatment of the last outbreak of poliomyelitis detected in Portugal (March to July 1972).

The mission of caring for children is entrusted to a Religious Congregation, the Dominican Sisters of the Congregation of Saint Catherine of Siena, which they have fulfilled since its beginning in 1963.

With the change of the political regime in April 1974 and with the creation of the Autonomous Region of Madeira, there was a significant improvement in medical and hospital care in the Region, making it possible to transform the former Hospital into a centre for protection and assistance to children and young people in need.

With its headquarters in Rua Velha da Ajuda, number 8, in the parish of São Martinho, municipality of Funchal, the Cecilia Zino Foundation welcomes children taken from their families for reasons that prevent their normal growth and safety.

*The Cecilia Zino Foundation, founded in May 1961, is a private legal entity, with legal personality and not for profit.